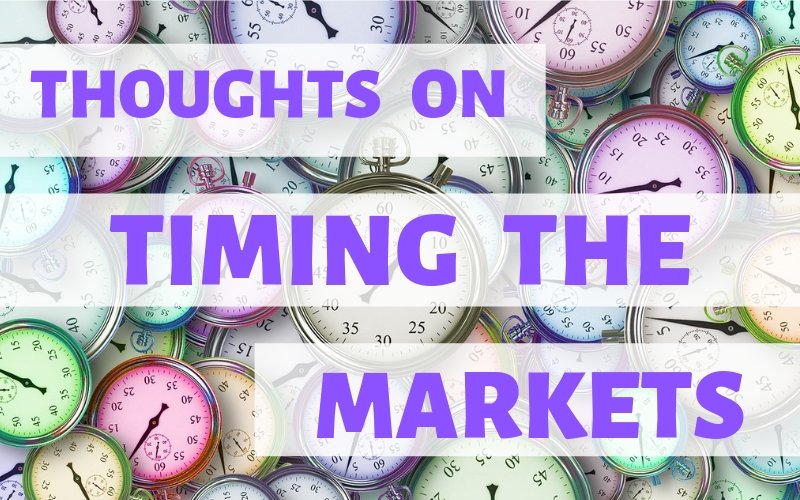 Can you time the markets?

Some people think you can.

And some people think you can’t.

Critics of the market timing strategy claim that in trying to time the markets, then really, you are trying to predict the future.

And if you can predict the future, you might as well predict the next lottery ticket numbers and stay clear of the markets, right?

Those in support of market timing believe that the buy-and-hold strategy is dead and will not produce the same level of consistent returns as we have seen in the past. Therefore, an active strategy is the only way.

So, who are we to believe?

For me personally, I think that most of the time, common sense has to prevail, because, if the markets could be consistently timed, we’d all be rich, wouldn’t we?

And that’s the thing: making big profits from well-timed trades eludes most investors and those that do win big usually lose big just as often.

(And, because of survivorship bias, the losses get overlooked, which might lead to the belief that there is more success in market timing than there is in reality.)

NOBODY gets it right all the time and in actual fact, most ‘experts’ (however you define that) probably get it wrong as often as they get it right.

And if your strategy works no more than half the time, you might as well toss a coin.

Just look at the market or currency outlooks any time from any major bank our financial institution and you will often find hugely differing opinions (because that is what they are), some of which are at polar opposites.

If you have the ability to foresee market events, then you may well be able to time your investing decisions, so that the outcome works in your favour.

Small bio-tech fund about to announce a game-changing therapy that will change the healthcare industry forever? Get in now!

Unfortunately, theories about market movements are just that – theories.

A lot of people will talk about being able to time the markets, which basically means knowing when to move in and out of the right funds at the right time.

I repeat: nobody has ever got this right on a consistent basis, so this does not seem like a sensible strategy to me.

For long-term investments at least, it’s my conclusion that you might as well take a passive approach and buy and hold low-cost index funds for the bulk of most portfolios.

Because the things is, sticking with a stock market index over a duration of 15 years or longer, should ensure that you do ok.

At least that is what we have seen historically.

Yes, you could pick out a few unfavourable periods, but generally, you’d be ok.

For me though, just wacking all of your money in an index tracker and taking a completely passive approach – “set it and forget it”- is a little too simplistic and may deny you the opportunity to participate in some of the faster upward-moving sectors.

Therefore, I still believe there is room for some speculation (depending on your risk profile) and so I like to add a more dynamic element and get some more concentrated exposure to specific sectors and regions according to the outlook.

This is not the same as trying to time the market, but rather running with trends and cycles with the intention of selling out at an often pre-determined profit (or loss). It’s what is known as momentum investing.

It might not always work out, because there is always a risk that such a purchase is poorly timed (remember, you can’t time the markets!) but it seems like a rational and sensible way to try to achieve some return above the market average.

The key though, is to consider the needs of the investor.

But the needs of the investor are often ignored by arrogant financial advisers, who think they really understand the markets and have some kind of amazing insight into the trends.

Most of the time, they have done little more than read the fund objective in the factsheet.

They have to appear that way, otherwise the client would not give them their money. If you are a client sitting there and have no clue about the markets, you’re relying on the “adviser” to guide you and the adviser is expected to know all the answers.

Would you feel confident investing with someone who said, “I don’t know” or “I’m not sure?”

The unfortunate answer is, you probably would not.

The same way that when you go to the doctor, you want them to have all the answers. You need a diagnosis for your symptoms, so that you know what you are dealing with and you need a course of action.

A prescription or whatever.

I believe a lot of investors expect the same from their financial advisers and those advisers that want to seal the deal by taking on the new client or getting the existing client to invest more, have to make it seem like they have all the answers.

But for me, I don’t think there is anything wrong in saying “I don’t know” when you don’t actually know. Obviously it depends on the question – there is some stuff you do need to know if you’re claiming to be a financial consultant!

But if the question is: is the Euro likely to get stronger this year? Or is Biotech a good bet for the next few months, don’t be scared to tell the truth.

It could be a “maybe or “maybe not”. And you can still structure a portfolio accordingly.

There’s a quote I saw recently from a prominent writer and blogger called James Altucher that caught my attention and that is:

We’re so conditioned to read from people who pretend to “know” that we forget the beauty of “I don’t know.”

Whether or not you rate him as a source of information – I’m actually ambivalent – he makes a great point.

Like most salesmen, financial product salesmen are trained to never say “I don’t know”, as it looks weak or incompetent and can jeopardise the impression they work so hard to build in their pin-striped, three-piece suits.

“Always have an opinion and always make sure you look like you know what you’re talking about”, I remember being told. “You have to look convincing.”

And there it was again – the old fake-it-till-you-make-it approach.

Look, I know this is not just confined to financial services – there are people in all walks of life who simply cannot be heard to say, “I don’t know.” It’s a big problem in the world, because you often end up putting your trust in people who really don’t know what they’re doing.

And there are many, many people that don’t know what they’re doing.

Sure, you need to know your field, but there are always going to be areas where you’re not sure. And if that is the case, don’t be scared to say that you don’t know and then go away and find the answer.

Don’t be so damn arrogant.

Don’t come up with some lie to cover the fact you don’t know. Especially concerning the stock market, because, if the financial product salesman you’re sitting in front of does somehow have some amazing insight into how it all works, why the hell is he still working?

Why does he need to sell you his products?

Remember, as a client, you’re putting your trust in the adviser to make the right decisions about your money. And for me, coming up with some bullsh*t instead of saying “I don’t know” is very disingenuous, especially when the motivation behind everything the financial product salesman says is to close the deal and get paid the commission.

Understand this: investing in the stock market is a casino – at least short-term investing seems to be.

Yeah, you’ll get some of the plays right. But don’t be fooled by people who always think they know better than everyone else.

For long-term investing, stick to a core of passively-managed global equity funds, balanced with a core fixed interest element (depending on your risk profile) and “play” with the remainder – play with some specific sectors, regions and countries and let that be the more dynamic, volatile portion of your investment that can boost the steady long-term growth achieved from the core elements.

And according to evidence we’ve seen historically, you shouldn’t go too far wrong.

There are a lot of things I don’t know about the markets and finance and I am not scared to tell you that.

The flip side of that is that I can tell you quite confidently the things I do know.

I do know that if you are using a financial adviser who recommends high-cost regular savings plans that invest in actively-managed mutual funds, you’re unlikely to do well.

I do know that if your financial adviser keeps putting you in mutual funds with entrance fees (i.e. he takes commission himself), you’re going to find it hard to get ahead.

I do know that if your adviser uses alternative investments in your portfolio, you’re taking a massive risk and statistics show you are probably going to lose your money.

I do know that if you use structured products, you’re taking the same risks.

I do know that if you use a broad portfolio of low cost ETFs that are rebalanced from time to time, you’re going to stand more chance of making money in the long-term – mainly because your hard-earned money isn’t going into the pockets of your so-called adviser or the fund manager.

For the stuff I don’t know that I do know has an answer, I’ll tell you that I don’t know, but that I can try to find out for you!

For the stuff you need a crystal ball to know, I’ll simply tell you: I don’t know.

If that’s unacceptable to you, then don’t work with me.

And that’s fine, because I can’t work with anyone on the basis that they think I am some kind of psychic or stock market wizard anyway.

Right, I’m off to buy a lottery ticket.

My horoscope said this would be a lucky month for me. 😉

How To Succeed In The Stock Market

Is Your Investment Portfolio Any Good?

The Theatre Of Expat Financial Advisers 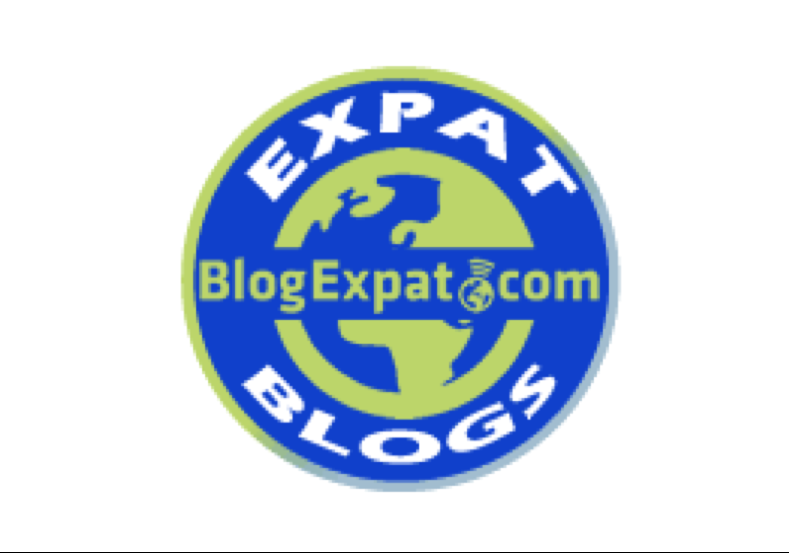 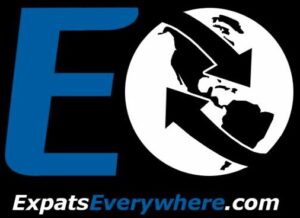